At the beginning of this month the annual Liffey Swim took place. This is an event that was made famous by a Jack B Yeats painting. 400 people swam from the Guinness Factory to the Custom house in two groups. The men’s group went first and the women’s group went second.

There were people standing on the bridges over the river, for the length of the race route, who encouraged the swimmers as they passed. People passing by would stop to look at this impressive, old tradition taking place.

This was yet another thing that I had previously meant to come and watch, so I can finally say I did it. I am so pleased that I got to take some photos of the event. 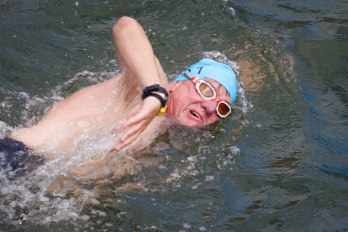