Tully Church (or Tully of the Bishops, as it was known) and it’s two crosses originate in about the 6-9th centuries. The name Tully of the Bishops indicate that the site must have been important if Bishops used to congregate there. The legend is that seven Bishops met here and built up their strength before they made their way to meet St Brigid in Kildare. This area has two schools named after St Bridget, so the connection between St Bridget and the area has been one that has influenced the area.

The Nave is a Norman addition from the 12th century and is wider than the main body of the Church. The Church stopped being used in 1630 after a terrible storm did a lot of damage to the Church. Then, like Kill Abbey, the congregation were made attend the Church in Monkstown.

The two crosses associated with this Church, would have been used as border markers for the religious site. The cross by the side of the road, on the stand, was saved in 1898 by a James Grehan. The stand that the cross sits upon, indicates the height at which the cross would have sat, before the road was changed and James saved the cross.

The Cross in the field is believed to be from the 12th century and is dedicated to St Bridget. You can access this cross from a low fence in the hedgerow. The previous owner of the site, a farmer, always made sure that access was available for visitors to the site.

The area around this site, has many historic monuments from Dolmens to Standing Stones. This area is going to become a new town in the near future, so the sights I photographed will look very different, but, the developer seems very keen to preserve and protect these important historical monuments. 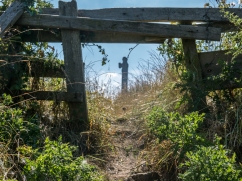 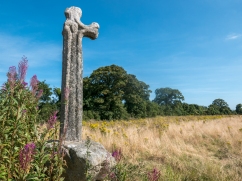 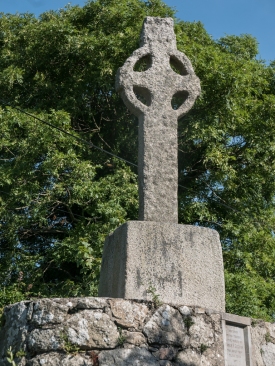 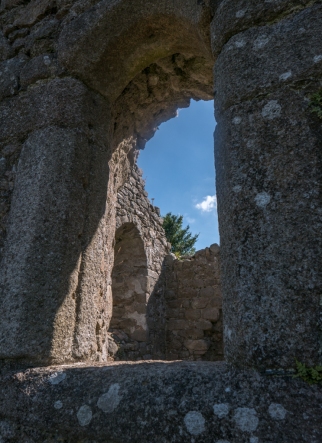