This Martello Tower in Sandycove is one of a series of fifteen similar towers built around Dublin in 1804 to counter the threat of an invasion by Napoleon. The design was based on that of a tower on Cape Mortella in Corsica which had resisted a British attack in 1794. Not all of the towers survive today, the one that sat in what is now the People’s Park in Dun Laoghaire is long gone.

In 1904 the tower was demilitarised and put up for rent at £8 a year by the War Department. The first tenant was Oliver St John Gogarty, who moved in in August and invited his friend James Joyce to join him. Joyce was slow to take up the invitation and did not arrive at the tower until 9 September, Joyce did not stay long at the tower, due to some misguided mischief with guns.

Famously, the first chapter of his novel Ulysses, published in 1922, was set in the tower with characters based on himself and his companions and with the implication that he had paid the rent. Ulysses is not organised by chapters, but by episodes.

The tower was bought in 1954 by the architect Michael Scott. With the help of a gift of money from the filmmaker John Huston, he and his friends set up the James Joyce Museum which was opened here on 16 June 1962 by Sylvia Beach, the first publisher of Ulysses. Over the years the museum collection has grown thanks to the generosity of donors. Each June 16th Bloomsday is celebrated here, as well as other locations around the City.

If you want to know more about this Tower, please contact http://jamesjoycetower.com. 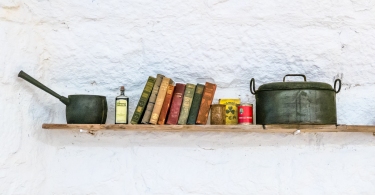 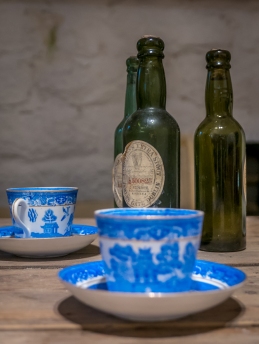