As part of the Summer of Heritage, I went on a tour of the Quaker Burial Ground in Blackrock. I had passed this place many times and I was curious about it. Thankfully I got to take part in a tour this year.

Our guide was deeply knowledgeable about his topic and he also explained the background to the Quaker faith.

It was interesting to see so many family members of the Jacob and Bewley Families, who are very well known in Ireland for there biscuit, and cafe goods. Quakers have a habit of going into the trades rather than the professions, as, due to their faith, they do not swear on the Bible. This used to be a problem for various professions in the past.

Other families of note that are buried in this burial ground is the Shackleton family.

Quakers are designated graves, and they only pay for them when they use the graves. The use of headstones is a relatively new tradition, Quakers previously did not want to announce that they were dead.

I have learnt so much this summer, thanks to the Summer of Heritage. I will definitely attend more tours next summer. 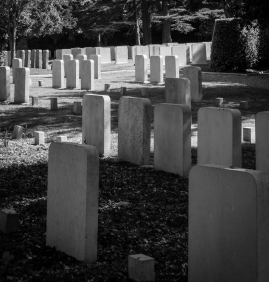